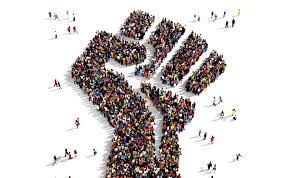 The old man says the donkey won’t be ready to be picked up just yet but the two agree to meet again the following day so that the boy can take the donkey home with him. During the night, the donkey dies.

The next day, the boy and the old man meet on the same road as agreed, but the old man has nothing to give the boy but the dead donkey. “This isn’t fair,” the boy protests, “I want my money back.” The old man argues that nature has taken its course, and he is not responsible. “A deal is a deal.” To the old man’s surprise, the boy loads the dead donkey into his truck and starts whistling as he drives away.

A week later, the old man runs into the boy again. “What did you do with that dead donkey?” he asks. “That was easy,” the boy says. “I sold lottery tickets at $2 a piece with the donkey as the prize. 400 people bought tickets.” “But the donkey was dead,” the old man reminded the boy. “That was easy, I just gave the person who won their $2 back.”

That is why we have class actions.

The decision to turn a lawsuit into a class action is a complex legal one that only an attorney is qualified to make in careful consultation with the client. Our firm regularly represents clients on a class action basis.