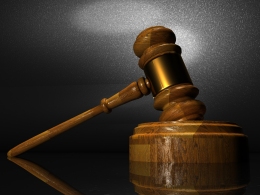 Arbitration schemes are unfair for at least three reasons.  First, studies have shown that the businesses that put arbitration agreements in their contracts win much more in arbitration than they would have had the same claims been brought in court.  These corporations are appearing before the arbitration forum repeatedly, and often paying all or most of the arbitrator’s fees.

Second, arbitration agreements are used to suppress claims.  Consumers often give up their dispute rather than arbitrate in an often secret and unfair forum.  Attorneys for consumers are less likely to proceed if they are only allowed to do so in arbitration, rather than in court.

Third, the founders had good reasons to enshrine the right to a jury trial – a jury of regular people from the same community as the plaintiff – in the Constitution.  Trial by jury is the best way to achieve full justice against powerful corporations.

The Opinion can be found here: